Skip to content
We can chart human history by our wars. Every nation has needed soldiers. Every empire has needed soldiers. Even minor chieftains have needed soldiers. Soldiers enforce power. Without the threat that the warriors represent, the next ambitious figure will change a society’s destiny in a drumbeat. So for centuries the world has used its warriors and sometimes celebrated them and sometimes ignored them and has learned that if you ignore your warriors you lose the respect of your society and your power will be in jeopardy. Societies must thank their soldiers and honor their families and it should be their honor to do so. In times like these when armies are large and finances are tight it is difficult to treat warriors and their families as well as we should. Societies have often postponed rewards to soldiers until more affluent conditions prevailed. Fortunately there are those who remind society to show appreciation for soldiers with things like parades and ceremonies and awards, but also in more tangible ways with things like housing and education and medical care and jobs. This is our Memorial Day, set aside to remember our fallen soldiers and thank our living soldiers for defending our nation and our way of life. Hopefully we will not begrudge them the more tangible rewards they were promised and which they deserve.
Meanwhile we all still yearn for a day when history will no longer be measured in wars. We continue to strive to find a way to organize our societies so that peace will bind us all together and war will become obsolete. Realistically, we can’t imagine how this will ever be possible. 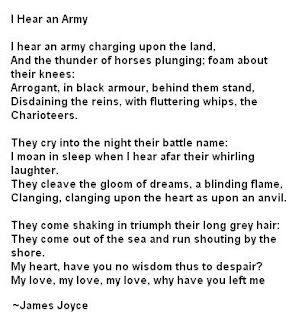 In their new uniforms,
The young march off
Not knowing who shall return.
With a proud devotion,
They brandish their flag
Leaving loved ones to wonder and yearn.

May we all be buried
By all of our children
Is an ancient tribal prayer.
They’re so easy to lose
But so hard to forget;
Such a burden for a parent to bear.

Oh, the taste of victory
Shall soon be forgotten;
But, never that which was lost.
For those rows of white headstones
In peaceful green fields,
Make it easy to tally the cost.

America has survived all attempts to destroy
Knowing the cruelty of war,
And, we who remain
Must help keep her free
For those who can march no more!

This site uses Akismet to reduce spam. Learn how your comment data is processed.